Just finding out that your relative is being scammed can often be the biggest step. Many people may never realise they've been scammed until it's too late, and even when they do, they may try to hide it out of embarassment or a feeling of shame.

As well as talking to our relatives about how to avoid being scammed before it happens, there are a few warning signs we can all look out for - especially for any vulnerable relatives:

If you suspect somone you know might be affected by a scam then it's vital you approach the topic with care. Victims can often feel embarrassed or afraid of asking for help when they have a problem - they may fear you thinking that they're incapable or vulnerable.

Remember that fraudsters are professionals; they make a living out of conning people and are extremely good at their job. No one should be ashamed at being a victim.

Before rushing in it's important to first establish the facts and whether your relative has actually been scammed.

Scams can vary greatly in both severity and how they operate. They can be anything from charging vulnerable people an excessive rate for goods or services, to outright fraud committed by post, by telephone, or even on the doorstep.

We cover a range of common scams here (both online and offline scams), but the types that often target the elderly or the vulnerable include:

If you suspect that a family member or friend is being scammed then first you need to uncover what is going on, and indeed whether they are being scammed. You may not find out about the scam immediately, but as soon as you suspect something it's vital you investigate.

Talk to your relative and gently find out all you can about the situation, including how they were approached, what has been sold or offered, and what communication has taken place. Has any money been paid?

Ask to see any relevant documents, communications, or contracts that may exist - read the fine print and identify exactly what has been sold or offered. Does it seem reasonable? Is it something that your relative even needed?

Research any organisation involved, if relevant. Search online for reviews or any mentions of them in the context of a fraud or scam. Try to be exact with the organisation's name, and search for the name of any individuals if they're known too.

You can also use official websites to check if a business or charity is legitimate - see the links below.

Be supportive and don't jump to any conclusions or judgements - it's critical to at all times avoid making them feel foolish otherwise they may withdraw and stop co-operating.

Keep them feeling empowered & in control by asking them what they'd like to happen next. As long as they're not in a state of denial then you should work together on the next steps.

How you can help

Regardless of what type of scam it was, there's a few common steps that can help lessen the impact to your relative and assist the authorities in catching the criminal.

Perhaps the most important thing you can do is to provide emotional support; it can be a big blow to someone's pride to be conned. Remind & reassure them that fraudsters are professionals - conning people is what they do, and they're extremely good at it. Your relative is far from alone (look statistics up online if you want to prove it!).

If your relative doesn't even realise they've been scammed, or are in denial, then it can be harder for you. Be patient with them and perhaps consider seeking outside help from your local police or victim support group.

You should try to stop all contact with the scammer as soon as possible.

They may try to use one of many different psychological tricks to manipulate your relative into keeping the scam going, such as guilt, claims of innocence, threats, or even just by being friendly. Because of this it's best to not just try to ignore any communication but to actively block it.

Find out exactly what personal information has been revealed and take the relevant steps:

If your relative has already sent any money, revealed their account details, or handed over any bank cards or PIN numbers, then contact their bank immediately to put a block on any payments. The bank, in some circumstances, may also be able to help attempt to recover any money already paid.

If the scam has involved handing over or typing in anywhere the password for any account(s) then change these immediately & check their account for any changes.

If the scammers sent any file which your relative opened on a computer, or if they visited a web page at the scammers suggestion, then you may want to run a virus check too.

Make sure your relative keeps copies of all communications they've had, for example any contracts, paperwork, brochures or leaflets, emails, or screenshots. Try to remember and document the details of any phone calls too - look back at the call history (if the phone retains it) to find out the date & time of any call, as well as the originating phone number.

The more evidence you can gather the easier it will be for the police and bank to investigate.

6. Report it to the police

As soon as possible you should report the scam to the local police force to investigate - they'll be able to give you specific advice on next steps too.

In addition, many countries have national bodies for reporting fraud and scams to as well (this should be in addition to reporting it to your local police - sometimes the police may refer you to these organisations). These organisations may provide assistance investigating but can also often provide you with further help.

For certain scams, once a person has been a victim their details are sometimes shared amongst other criminals, leading to them being targetted even more. This is especially true of postal or telephone scams. Take steps and discuss with your relative how to identify and avoid further scams.

With many utility companies you can also set up in advance a password to be used by anyone they send round to your home (for example to read a meter) so you can be certain of their identity.

We have a full page of links to other organisations who can help with security issues, but below are those that are especially useful in the case of a relative being scammed:

The following charities & organisations may be able to help provide useful support: 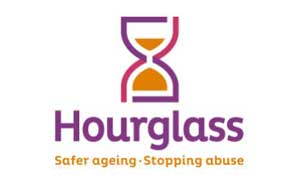 Reporting scams to the authorities

You should always report any scam to your local police force and seek their help. In addition though, there are further national bodies you can report scams & suspected fraud to as well: 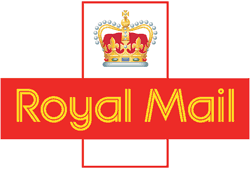 The governments of many countries (or states in the USA) provide online search tools to find out information on businesses, including whether they're legitimately registered or not. This can be a useful first step in researching any organisation that your relative has dealings with.

Further, if your country's search tools make it possible (such as Companies House in the UK), then click through on the directors' names to see what other companies they are part of and do web searches for reviews of these too. 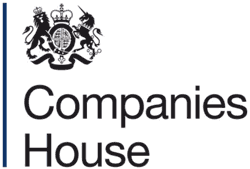 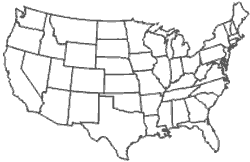 Other Countries
Further links to other countries' web checks

Scams involving fake charities are sadly very common. A quick check can often reveal if they are legitimate or not - most countries make searchable databases available.

Bear in mind however that these searches will only reveal if an organisation has charitable status or not; it won't verify that the person you're dealing with is actually associated with the charity or if they're just pretending to be from them.

Australia
Charities & Not For Profits Commission

USA
CharityCheck101
(not an official site)